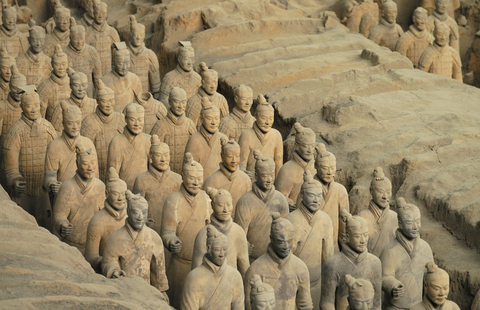 Tragedy of the Commons

In half of the world today, fetuses, infants and toddler girls are being exterminated after birth merely because they are girls. The trend is increasing rapidly, radically altering male to female ratios worldwide with harrowing consequences. The United Nations Population Division and the U.S. Census Bureau’s International Programs Center, the two main organizations charged with tracking and projecting global population trends, have identified unnaturally high boy to girl sex ratios in over 50 countries and territories accounting for over 3.2 billion people, or nearly half of the world’s population.

Rising Price of  a Good Woman

In China the “marriage squeeze” means that unlike in 2000 when 96 percent of all males married by their early 40’s to almost a quarter of all men projected to never marry by the year 2040, less than 30 years from now. Economists have surmised that a shortage of women should increase their value.  While this may be the case, we are seeing families sell their daughters to groups of men who pool their money and use her sexually and as a slave, then resell her.  Unfortunately, any increased value does not seem to trickle down to the woman. We can also speculate that a huge group of “excess males” in these populations with extreme child sex ratios would mean more crime, more trafficking, more prostitution, more war and so on.

Motivated mostly by greed and status,  a tragedy of the commons is underway, where individual decisions about what benefits one family may be exercised without regard for the degradation of life for all. This scope of this tragedy makes Hitler look good.  The UN estimates that over 100 million girls have been killed after birth in the last twenty years.

It's Not Just an Asian Thing

The west struggles to understand why anyone would take such drastic measures to annihilate girl babies, though we have a history of son preference even in the west and the male to female sex ratios are skewed unnaturally even in America and the United Kingdom within certain populations. Some believe that the west has contributed to the problem because beginning in the 1960’s we focused on the overpopulation without concern for the ramifications.  We pressured countries to limit their births. The perverse result was that parents decided if they can only one or two children, they wanted boys to ensure wealth and status.

There is one bright spot in this female holocaust. South Korea has lowered their very high male to female birth ratios mostly due to a change in consciousness probably due to Christian influences.
Since the west probably bears some responsibility for ushering in this gendercide, we need to be in the forefront creating solutions and ensuring that the human rights of baby girls are protected.

100 million girls have been silenced before they could even speak.  Who will speak up for them and hear their cries if not us?

Watch for Part 2 of this series to come.


Please help by Following- www.milliongirls.blogspot.com
Facebook-www.facebook.com/100milliongirls
On Twitter @100milliongirls
I also have a poetry blog, Poet on Poetry, www.poetonpoetry.com
Posted by Sheree Young at 10:24 PM