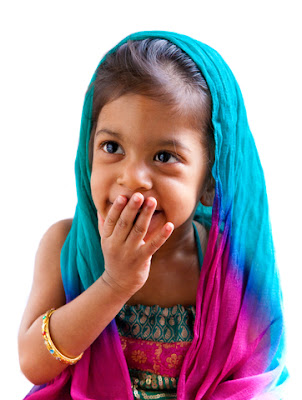 
Why Would Anyone Kill Their Daughter?

In 1789, Jonathan Duncan, a colonial officer repeatedly reported back to England that some of the Indians were killing their infant daughters.  The English were shocked.  Mara Hvistendahl writes that the economic systems the English established created problems that meant that women could no longer inherit property so Indians killed their daughters for financial survival.  Her argument is tortured.  She attempts to point how common infanticide was in England as well, but that begs the question why Duncan was so shocked that he was disgusted and kept pointing it out so much to his superiors that his concern for India’s baby girls was eventually called  Duncan’s Private War? If it was common in England, why would he have even been shocked?

Hvistendahl depicts a link between the U.S.A. concern during the 1950’s and 1960’s with overpopulations and the spread of Communism led John D. Rockefeller III to urge a group of investors that supplied aid to these countries with burgeoning populations to limit their growth by making any aid contingent upon birth control.  The Johnson administration also urged governmental agencies to urge populations control.  This push led to the formation of China’s One Child Policy and India's push to limit family size.

The citizens of the countries that responded to American pressure came to the decision that if they could only have two children they wanted both of them to be boys. Those that could afford amniocentesis and later ultrasound had sex selection abortions. Others chose to pay the midwife eighty cents to snap the spine of a newborn and declare her stillborn, or dunk her in a vat of milk, pummel her until she convulses and dies or leave her in a ditch to be eaten by packs of dogs.  Some say that they are doing the baby a favor since women have such hard lives and she has the chance to come back as a celebrated boy.

Governments concerned with the severe shortages of girls have tried to convince citizens to give their baby girls up for adoption.  Many thought that it would be better to preserve their honor by killing her than risking that she might grow up and bring dishonor on the family even as an adopted girl.

Others blame a misogynistic culture that honors only men and sees women as property to be used and abused as men see fit.  There is a long held belief that raising a girl is like watering someone else’s garden.  She will need food, clothes and medical care but will never pay you back since she will marry and move away to another family.  Boys are breadwinners and only sons can light the funeral pyre for his father ensuring that he goes to heaven.  Often, the first girl is allowed to live to serve the family as a mini-mom or slave, always eating the leftovers after the boys eat, not going to school and denied medical care unlike boys.

Many countries with biologically impossible male/sex ratios have strict class distinctions that define a person’s status.  Status and the honor of the family are more important than the life of a baby girl.  In the It’s a Girl trailer, one woman speaks nonchalantly about strangling eight baby girls so that she could finally have a boy.  Girls are considered inferior, disabled, unlucky, low status.  In western societies, the status of class if not as ridged or as valued.  We have class distinctions but they are fluid and no one is tried and murdered for trying to associate with another class, unlike in some countries.  Status in such countries is much more important than it is in the west, which is hard for westerners to understand. The Telegraph states that the middle class is jumping on selecting only males, following in the footsteps of the more wealthy who started the latest trend.

Baby girls are being killed in half of the population of the world.  Dowry is not an issue in many of these countries, yet the male to female ratios are an impossibility without human intervention.  Indians claim that they want to kill baby girls because they cannot afford the dowries that are required when she marries.  An Indian girl who is unmarried brings shame, but marrying one costs a lot of money.  This may be a contributing factor but it does explain why the wealthy classes practice girl killing in even greater numbers, nor why this is a problem all over the world.

The male/female births in the Indian, Chinese and Vietnamese populations in the U.S.A. and the U.K are showing biologically impossible ratios even greater than in their home countries. This means that they are sex-selecting or killing infant girls.  The numbers are so massive around the world, that the sex ratio for the world has been skewed.

Hvistendahl, M. (2011). Unnatural selection:choosing boys over girls, and the conseuences of a world full of men. (First ed.). New York: Public Affiars, a member of the Perseus Books Group.


It's a Girl video on 100 Million Girls under Videos: http://100milliongirls.blogspot.com/p/videos.html