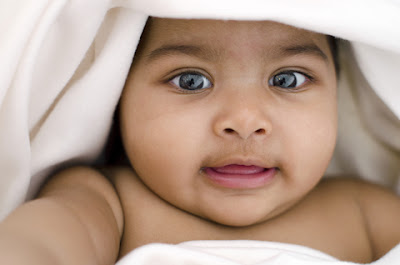 Worldwide War on Baby Girls
The population composition of the entire human species is being distorted.  Some blame the
availability of inexpensive technology to conduct sex selected abortions. Nicholas Eberstadt,
Henry Wendy Chair in Political Economy at the American Enterprise Institute writes,
The consequences of medically abetted mass feticide are far-reaching and manifestly adverse.  In populations with unnaturally skewed [male-female sex ratios,] the very fact that many thousands, in some cases, millions of prospective girls and young women have been deliberately eliminated simply because they would have been female establishes a new social reality that inescapably colors the whole realm of human relationships, redefining the role of women as the disfavored sex in nakedly utilitarian terms, and indeed signaling that their very existence is now conditional and contingent. Nicholas Eberstadt, “The Global War Against Baby Girls,” The New Atlantis, Number 33, Fall 2011, pp.3-18.
Sex-Selected Abortion is Just One Way to Kill a Girl
However, the focus on sex selected abortion is not entirely helpful.  Where sex selected abortion is outlawed or unavailable, baby girls are tortured in the most inhumane ways and left to die in gutters and ditches or smothered.  According to new data - an Indian girl between the ages of one and five years old is 75 percent more likely to die than an Indian boy, giving the country the worst gender differential in child mortality in the world
Female infanticide existed long before sonograms and sex-selected abortions.  Baby girls are fed to packs of canines while adults watch.  There are a multitude of ways to kill baby girls. They are drowned in a bucket of milk, fed salt, or buried alive in earthen pots. The latest trend in India is to dunk a newborn girl in a vat of cold water so that she will get sick.  Then the parents take her to the doctor who prescribes medicine.  The parents take the medicine home and throw it out.  So that when she dies a few weeks later, the doctor will determine the cause of death to be pneumonia.  Sometimes the infant is given a drop of alcohol to create diarrhea, which is another justified death that will not lead to murder charges.  Murdering newborns is illegal in most of the world so this provides cover for determined parents. "New Trends of Killing the Girl Child" Yahoo News,  http://in.news.yahoo.com/trends-killing-girl-child-084124279.html
Designer Boys
The Telegraph reports that Indian parents are even taking their little girls to surgeons and paying them to turn them into boys.  The surgeon will craft a penis and give the child hormones, customizing the child to fit the desires of the parents. The article claims that greed and a concern over status are driving this draconian trend. Telegraph, "Indians Pay Surgeons to Turn Girls Into Boys," http://www.telegraph.co.uk/news/worldnews/asia/india/8601488/Indians-pay-surgeons-to-turn-girls-into-boys.html
BLOG: www.100milliongirls.blogspot.com
FACEBOOK: www.facebook.com/100milliongirls
TWITTER: @100milliongirls
PERSONAL WEBSITE: www.shereerabe.com
#shereerabe
I also have a poetry blog, Poet on Poetry, www.poetonpoetry.com
Posted by Sheree Young at 9:09 AM