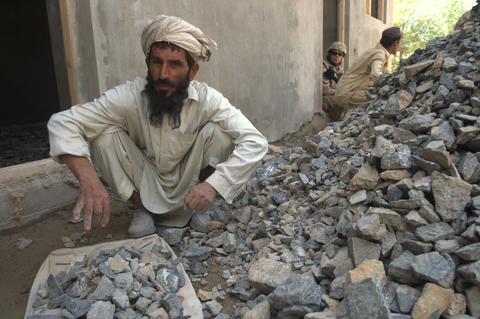 A Father's Choice
by Nadia


Once upon a time there was a large family with ten members.  There were so poor they couldn't live normally. Sometimes they didn't have any food to eat.  In this family, only the father could work because the children were small, and couldn't work.  The father didn't know what he should do.  He couldn't buy food and clothes for their children.

One day he met a man who had a drugstore.  He told him about his life.  The man gave him a suggestion.

At first the father got sad and refused to consider it.  But when he came home the poor man saw his children who were waiting for their father to bring them some food. But he had come home with empty hands.  The children became desperate.

The man sat in the corner of the room and thought about his friend's speech. "You have eight children and can sell the kidney of one of them and get a lot of money."

The man could not sleep.  The next morning when his friend opened his drugstore, the man went ot him and told him his decision.  The next day his friend took one of his children and they went to the doctor.

The boy was so afraid when they went to the doctor's room.  After an hour the doctor came out and said, "We could take the kidney but we couldn't help the boy.  Unfortunately, he died."


Pabot, Susannah E., comp. The Sky Is a Nest of Swallows. First ed. Belleville, 2012.
Afghan Women Writer's Project: http://awwproject.org/
Available on Amazon
You are reading: One Million Girls, please help support the blog by Following- www.milliongirls.blogspot.com
You may also follow the Facebook page at www.facebook.com/100milliongirls
I post articles and information about girls and women almost daily on the Facebook page.
On Twitter @100milliongirls
I also have a poetry blog, Poet on Poetry, www.poetonpoetry.com
Posted by Sheree Young at 11:03 AM