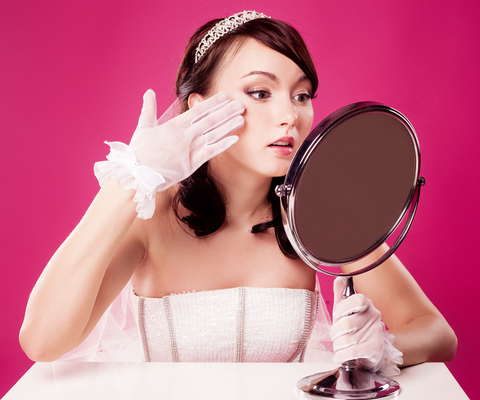 It is a violation of human rights when babies are denied food, or drowned, or suffocated, or their spines broken, simply because they were born girls.
Hillary Clinton

When Indira Gandhi was Prime Minister of India, she met with her cabinet members to discuss the problem of rape. They noticed that the rapes were mostly happening at night, so the male cabinet heads all agreed there should be a curfew on the women. Indira Gandhi said, No, the curfew should be on the men, since they are the ones raping! This exchange shows just how vital a woman's voice is to reason, to common sense and justice.

Recently a woman accused me of lumping men into a big ball when I spoke of the atrocities against women in the world. Unfortunately, the major impediments to women's freedom come from men. I said men do a fine job standing up for themselves, it is women and girls who need help. I explained that I could not even imagine any man standing up and complaining that:


My friend wanted me to focus on the gains women have made in our generation. Yes, we've made gains, but I feel more like Susan B. Anthony. Susan is probably best known for her tireless work on behalf of women, but especially daring to vote and getting arrested. On her deathbed, she told a friend, All my life I fought for just this much justice, she held her hand up with her pointer finger and thumb parallel about one half inch apart, and I will die without achieving it.
Women all over the world need to be free to be who they are, to work if they wish, to not work if they wish, to give birth to girls and boys, or not to give birth at all, to wear what they wish, make equal pay, have equal opportunities and have equal support for their efforts. After all women hold up half of the sky.
We are forced to fight for basic rights and freedoms, even the right to live after birth instead of being disposed of like rats. I am a grandmother now and I want so much to leave a better world for my granddaughter, but oh I am getting older and the next generation doesn't seem to see how much still needs to be done.
We need to stand together and support each other instead of attacking those who care about the next generation. I never dreamed that standing up for baby girls being killed after birth would be so controversial. I will not be silenced by anyone.  I hope you won't be silenced either.  If we yell loud enough and long enough, we will be heard. One hundred million infants were silenced and couldn't fight for themselves. We must fight for them!
Until we give more women a voice in leading the world, we will never truly be free. We give birth to the world, and it is time the world honors our contributions because without us, no male would exist.

You are reading 100 Million Girls.
Please support my effort to increase awareness about gendercide by Following the blog at
www.100milliongirls.blogspot.com
The Facebook page may be found at www.facebooks.com/100milliongirls
On Twitter-@100milliongirls

I have a poetry blog too.  You may find Poet on Poetry at www.poetonpoetry.com

Below are some, but not all of the resources used to write this article.
Resources: